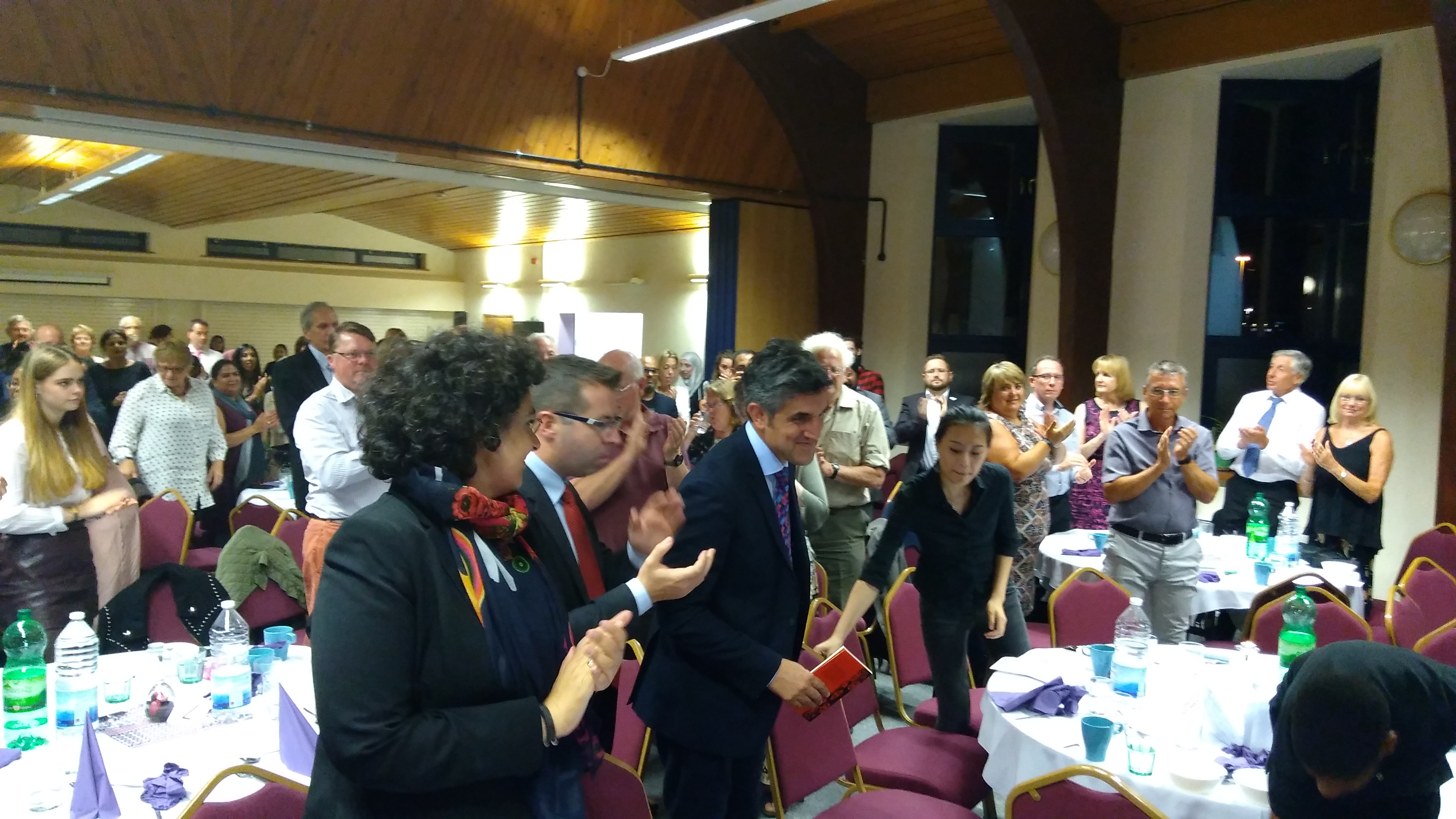 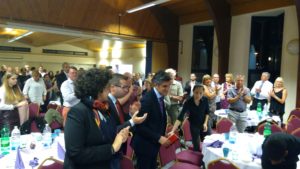 130 people gathered at the end of August at St Peters Centre in Coventry to honour and pay tribute to refugee Sabir Zazai, Director of the Coventry Refugee and Migrant Centre who is leaving to take up the post of Chief Executive of the Scottish Refugee Council. Bishop Christopher Cocksworth, The Lord Mayor, Tony Skipper and Executive Director of the Coventry University Centre for Trust, Peace and Social Relations, Professor Mike Hardy, joined others in speaking highly of Sabir during an evening of food and music compered by BBC presenter Trish Adudu. 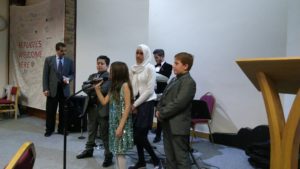 Well-wishers ate delicious food and heard beautiful acapella singing from a Syrian family led by their ten year old daughter as well as organ led songs to great applause. In addition, guests were treated to singer-song writer, Tony Fox who sang his song for Calais. 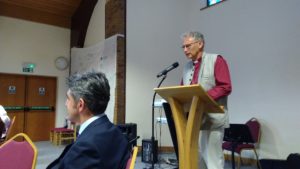 Bishop Christopher – a longtime friend of Sabir’s, referred to John Bunyan’s Pilgrim’s Progress as a reflection of Sabir’s journey from a “city of destruction to the celestial city” which helped Sabir recover from his traumatic journey to sanctuary. Sabir has been “taken into the hearts of the people of Coventry”, “become known, respected and valued”. He referred to Sabir’s extraordinary energy, vision, intelligence, capacity to collaborate and his courage – all qualities he will take into his new prestigious role at the Scottish Refugee Council.  He told Sabir that “Coventry is very proud of you” and the audience that “You can take a man out of Coventry but you can’t take Coventry out of the man”. 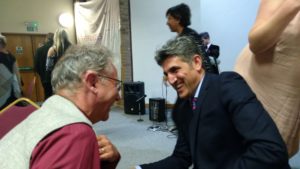 Friends and supporters were delighted to honour Sabir describing his as a “blessing to us and a gift to everyone else”, a man who had enriched Coventry and transformed all who worked, lived and shared their lives with him.

Professor Mike Hardy told the audience about Sabir’s “masterful thesis in community cohesion” which reflected someone with a deep understanding of how communities work in a positive way. Mike spoke for everyone when he said he was honoured, humbled and felt privileged to know Sabir. 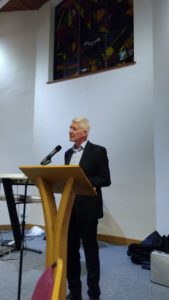 Speeches also referred to the hostile environment created by the Home Office, the need to challenge negative attitudes, narrative and policy and the work of the Coventry Refugee and Migrant Centre in welcome and restoration of dignity and respect. 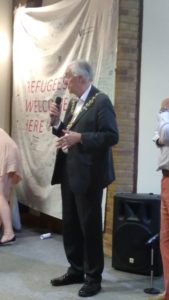 Sabir himself, in his usual understated and profound style, spoke of the contribution of refugees, the redevelopment and transformation of Coventry – a city built on peace, reconciliation and sanctuary. He referred to a proud and fortunate city of hope and encouragement, whose legacy he would cherish. His gift from the Dean of a replica of the famous statue of reconciliation will sit on his desk in Glasgow.

While Coventry mourns the loss of Sabir to Glasgow, we in City of Sanctuary are fortunate that he will remain our chair and lead us into the future.